One of the first things I noticed when I moved to Puerto Rico which caught my immediate attention was the neighborhood called Santurce in the Metro Area.  It caught my attention because it was not the “glitzy” or “glamorous” tourist traps you see in Old San Juan, Condado, and Isla Verde. I first sensed and thought that this is where the “real Puerto Ricans” were.  Back in 2010, you could sense and feel the energy that the Santurce neighborhood had early artistic seeds with some of the amazing public displays of art you saw here and there in between dilapidated buildings and the “downtrodden” neighborhood.  To the casual traveler our tourist like myself,  that could easily give a bad first impression.

However, the art spoke to those willing to see.  I noticed it then.  In 2010 if you looked closer there was a story beginning to take shape in some of the artwork going up on buildings with some powerful messages of hope and perseverance no matter what.  The political messages and social commentary were subtle, loud, and spoke in deep layers.  This art community was organizing right under our noses, and the locals and many dedicated artists of the Santurce area were making big plans to reshape the image of Santurce, and possibly, (why not?) – that of  Puerto Rico’s image itself as a whole country that’s rich in art, culture, and beautiful people.

Today, in 2014, you’d have to be blind not to see the beginning of this town’s new renaissance as evidenced by the 5th annual Santurce Es Ley Art, Music, & Culture Festival that is run by event organizer and gallery owner Alexis Busquet.  What began 5 years ago when a few art gallery owners dedicated their efforts to paint a mural on a decaying building, has grown into an up & coming international arts/music/and culture festival.  Perhaps why I sensed this potential in 2010, and saw it clearly today in 2014 is because it reminds me of my hometown’s own success story in the Mid-Town Miami / Wynwood Arts district.  There wasn’t a soul that would go into that neighborhood in the 1980’s and 1990’s as it was considered “at your own risk” to step foot in that region.  It wasn’t until some artists decided to paint a few buildings with genuine and authentic art that Mid-Town Miami and Wynwood completely blossomed into what is today – the art beacon of the world that hosts the famous Art Basil Festival with world renowned artists showcasing their visions.

The economic impact of the potential of this up and coming arts festival in Santurce is not to be underestimated. There’s no reason that we are not witnessing the same phenomenon in Puerto Rico today with the Santurce Es Ley Festival that I witnessed in Mid-town Miami.  I wouldn’t be surprised if the 10th anniversary in 2019 that this event could truly turn into an international arts festival and showcase this region to the world.  It’s just a hunch I have because the two neighborhoods are similar from my experience, and I’d love nothing more than to see this happen in Santurce and for this event to succeed and take off in these coming years.

Even the people of Ponce (south shore) are impressed with Santurce today.  They typically say that “Ponce is Ponce, and the rest of the country is a parking lot.”  This is meant as a joke, but when you walk around today you saw t-shirts saying that “Ponce is Ponce and Santurce is the Law” as a nice nod towards what is happening with this art festival.  It’s good to see a country unite because of art and the possibilities for Puerto Rico’s future.

The Santurce Es Ley Festival is being held this year on August 8, 9, and Sunday the 10th.  It is free and completely open to the public beginning at 11:00 A.M.  The location of the festival is technically Santurce, but is located closer to the Miramar district in the Metro Area on Calle Hoare and Calle Cerra.  Bring your camera, and comfortable walking shoes, and park near the outskirts of these streets.  As you walk on Calle Cerra you will instantly feel the great vibe and energy emanating from the people, the artwork on the buildings, and the many open art studios that you can check out and explore.  There’s even a music stage where great local bands are playing, and it was great to see the young crowd not taking pictures or selfies and actually listening to the music.  The Medalla beers are cheap ($1.50), you can grab local street food such as empanadillas, and have a great time hanging out and talking with friends.  Odds are, if you’re a local you probably will run into some friends as well along the way.

A dream… it’s true
But I’d see it through…
If I could be…
Wasting my time….with you” 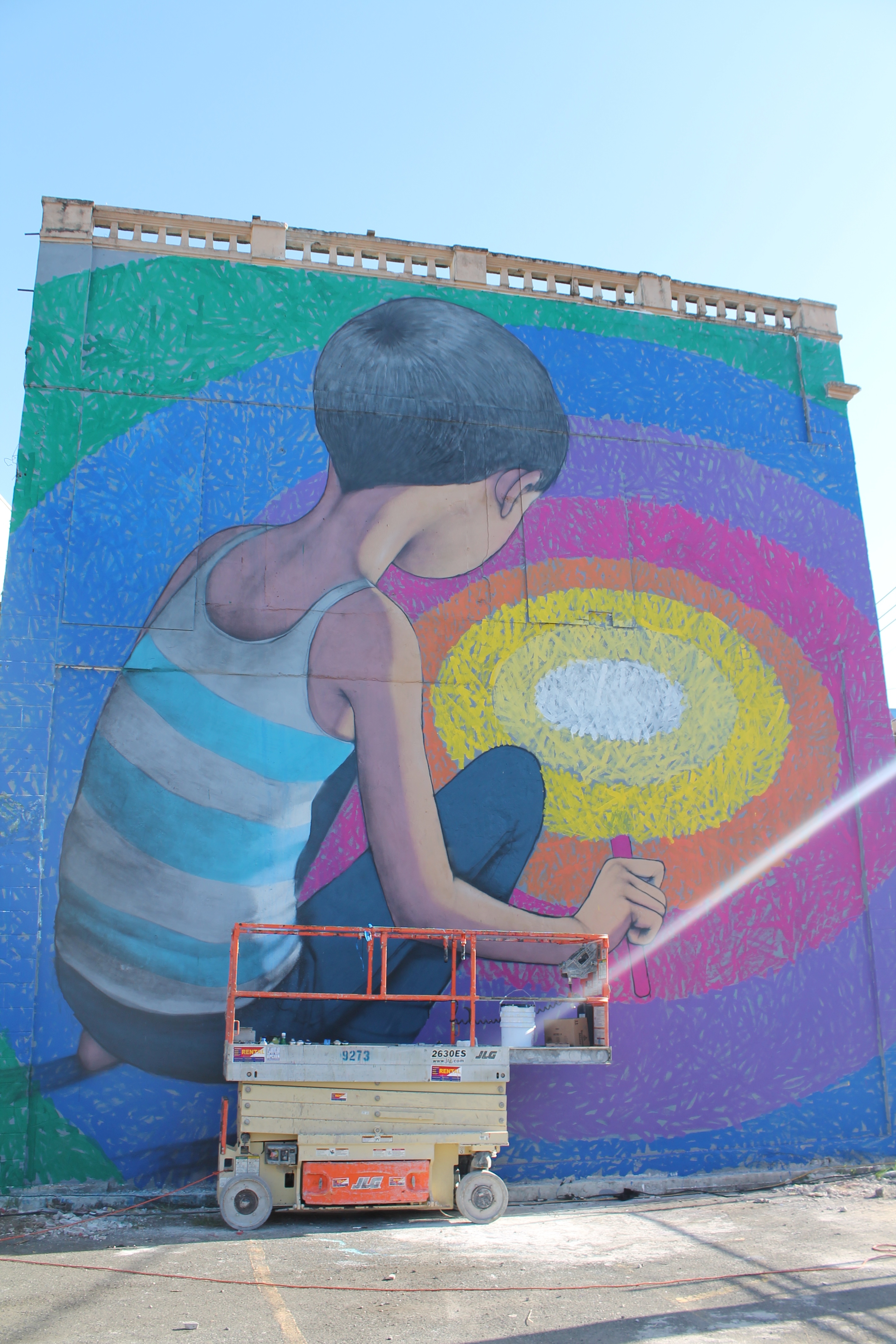 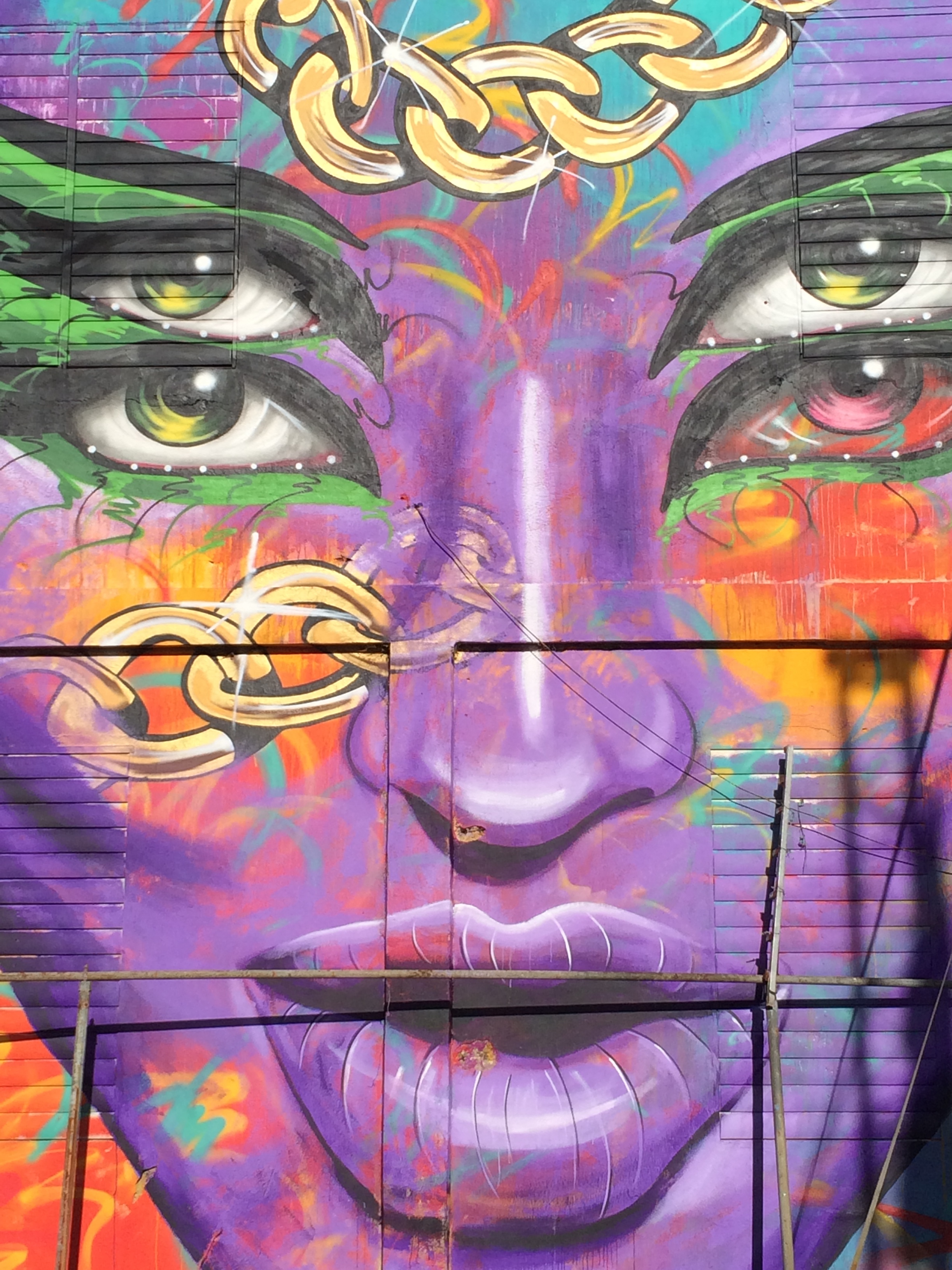 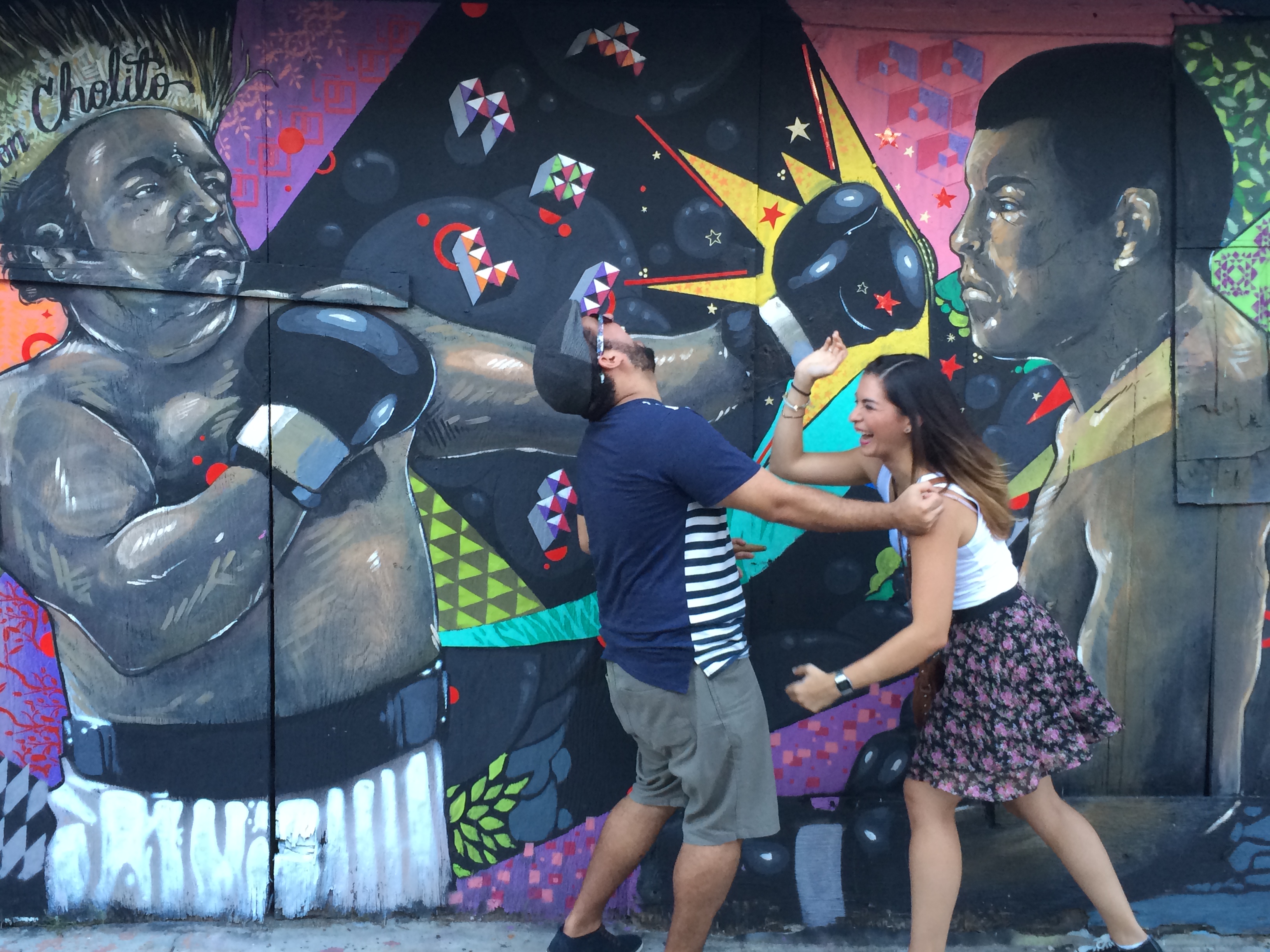 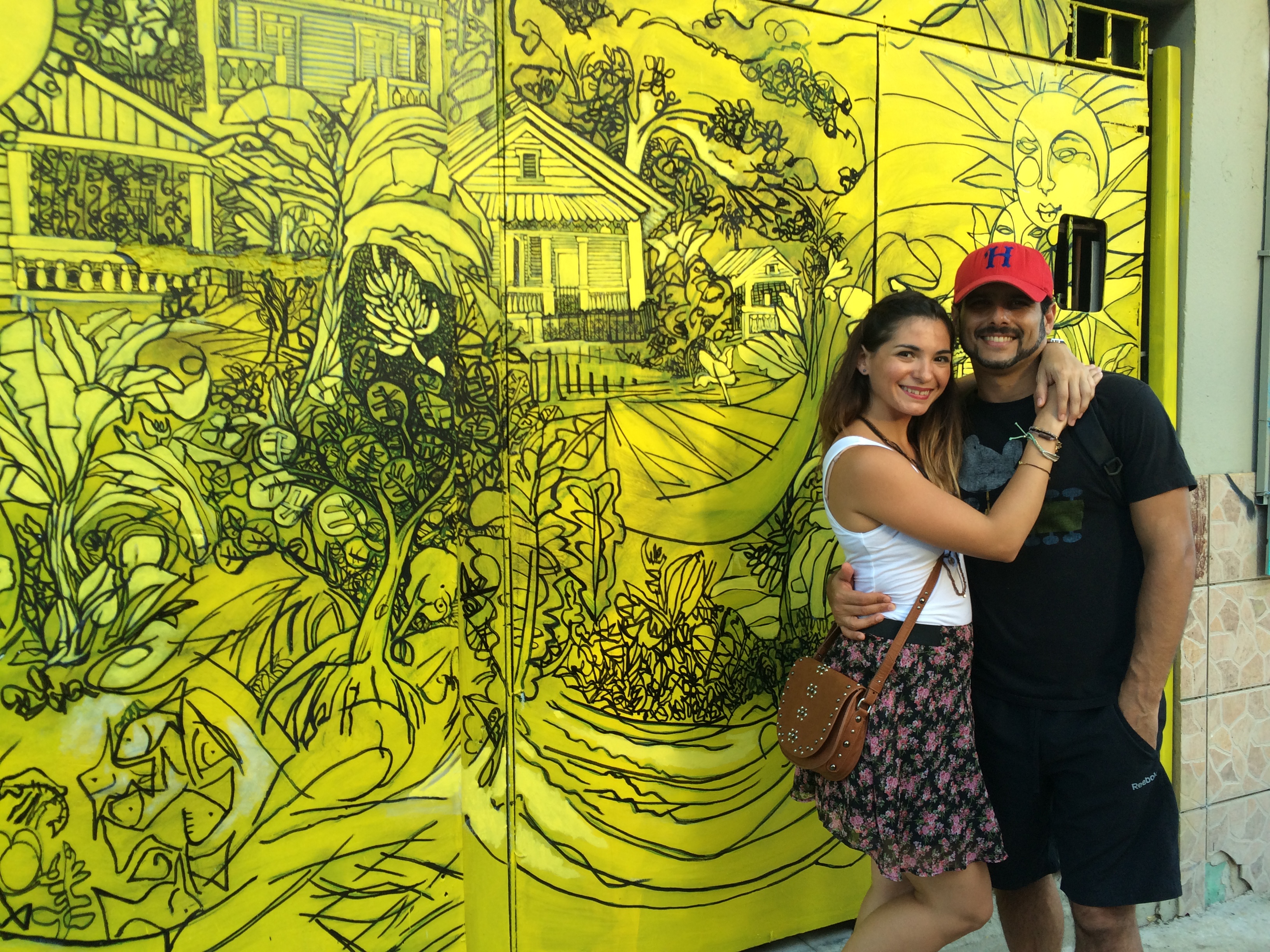 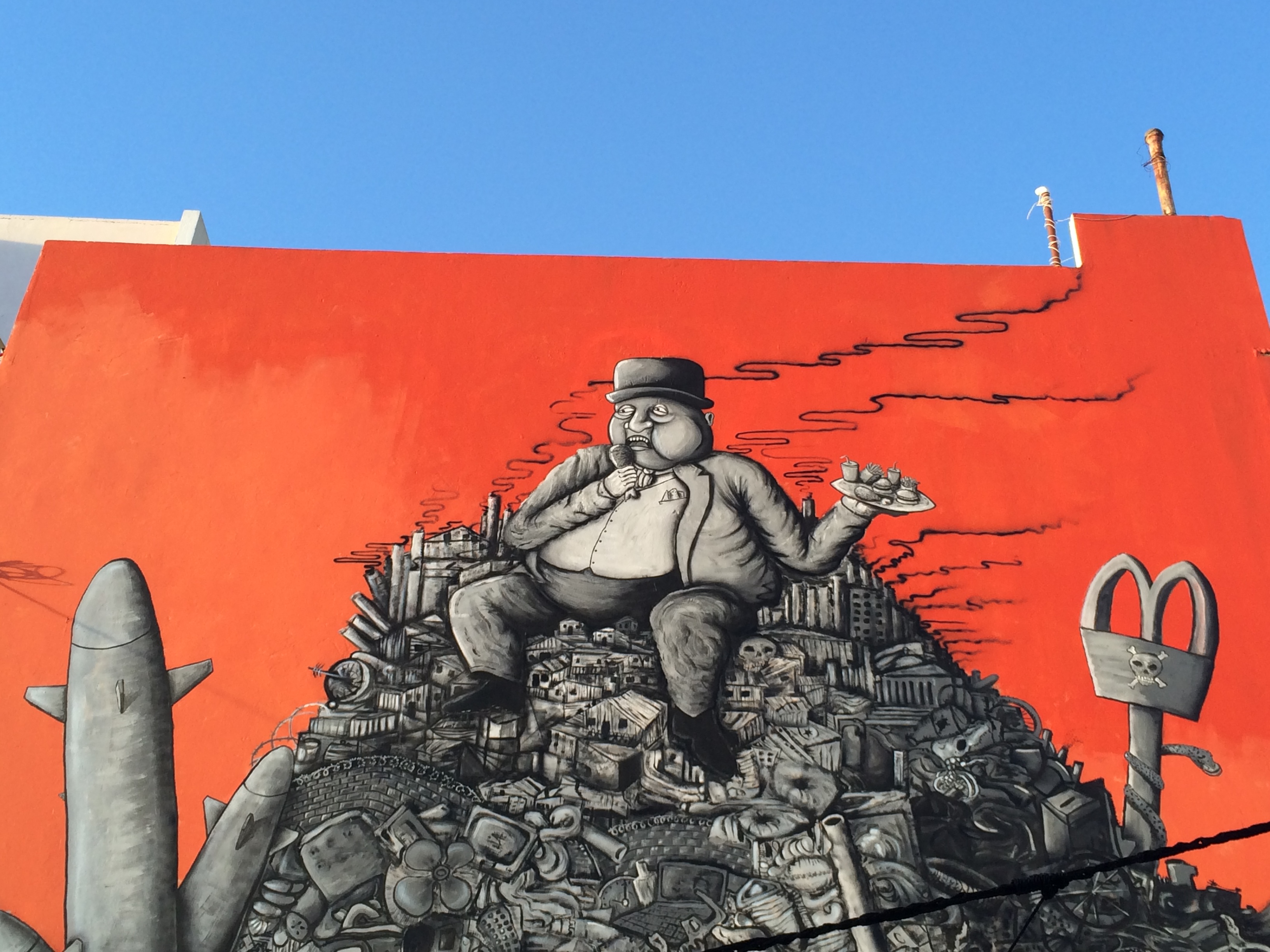 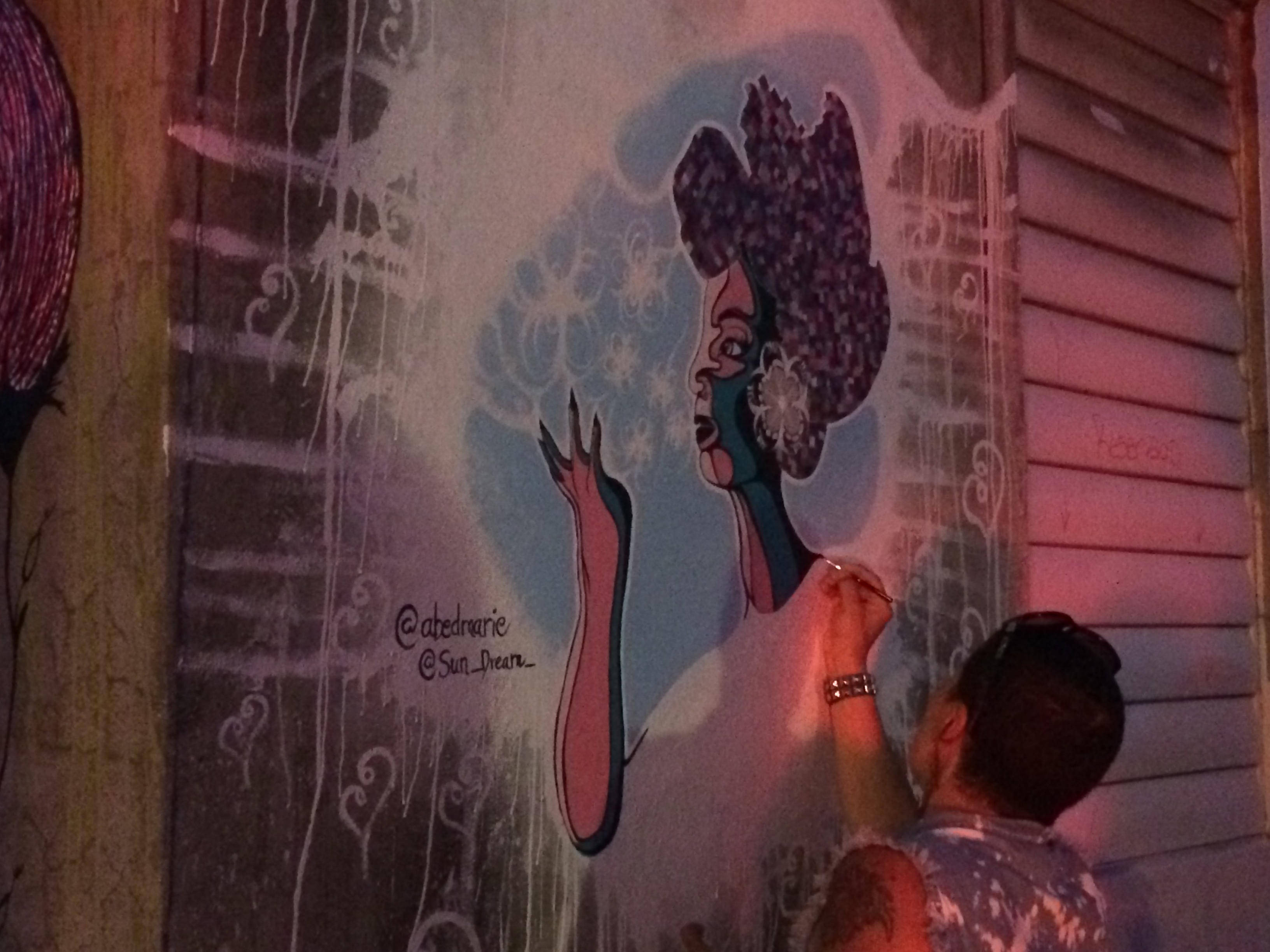 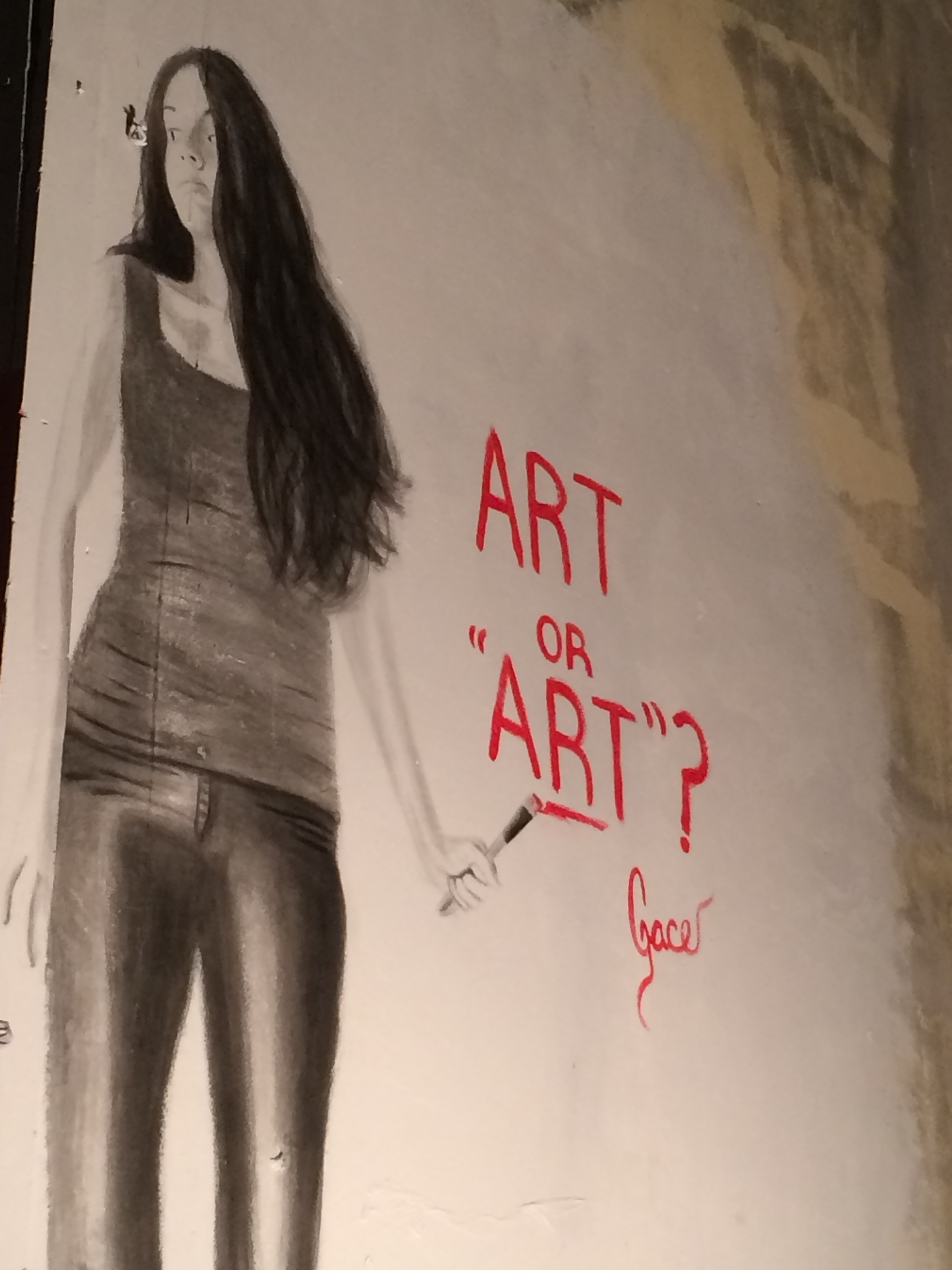 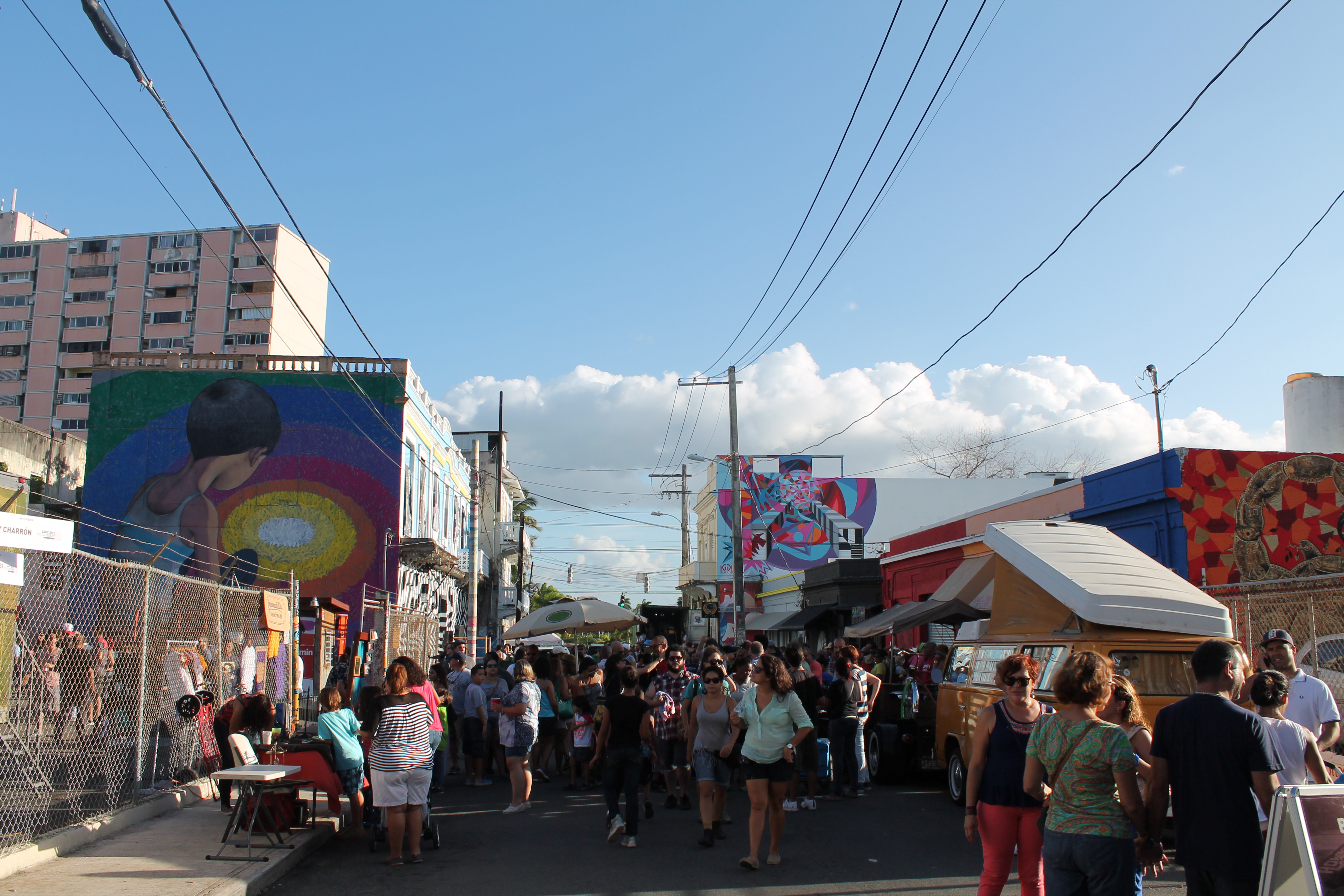 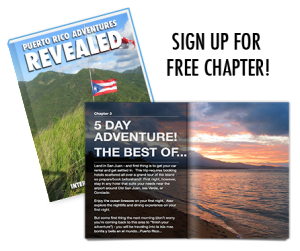