Playa Buyé Puerto Rico is also one of the prettiest beaches on the west coast of Puerto Rico. Getting here is a bit of an adventure, however just follow the directions and look for the signs that point towards Playa Buyé. Parking is another mystery sometimes, but hopefully you’ll find the parking at the hotel available and pay the $3 to get in. If not, find a spot outside the gates and make your way in.  This is a pretty short blog post only because sometimes words don’t or shouldn’t describe a place – so you should see it and take it in for yourself if you happen to be traveling near this part of Puerto Rico.  It’s definitely one of our top 5 favorite places in the island. 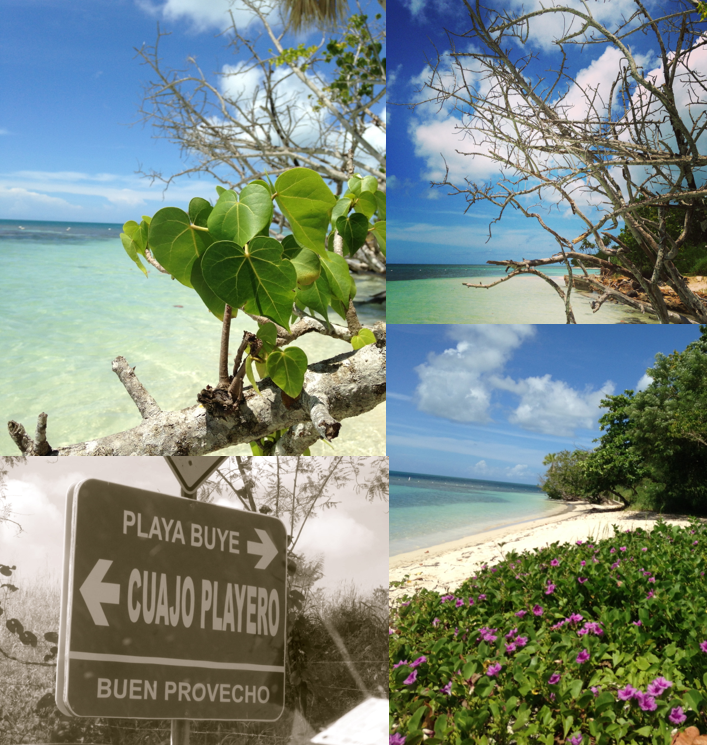 The locals of Puerto Rico come to this beach as its not “touristy” at all. Keep in mind that on busy holidays and weekends, however, this beach is absolutely packed with Puerto Ricans doing their own internal vacations. The best time to make it out here is definitely during a weekday morning if you can.

Grab your gear and head out towards the beach. We have found that once you get there hike towards your right for about 5-10 minutes for an absolutely perfect oasis of a beach to yourselves. You’ll know your there once you pass the artistic driftwood that makes this landscape picturesque. You know the picture you have as your screen saver at work – wishing you were there? Well, at Playa Buyé, this is exactly where you are. Absolute paradise. Enjoy this spot as long as you possibly can, and get back on the road towards your next destination!

Light at end of the Guajataca Tunnel (or is it a train?)

Perhaps the most stunning and awe-inspiring scenic vista happens when you’re driving in Puerto Rico on PR-2 towards the west coast and you suddenly come upon the high majestic view of the ocean and mountainside that forms between the towns of Quebradillas and Isabela.

You really can’t miss it as you’ll first notice the incredible view as far as your eyes can see, and a huge Puerto Rican flag and an observation deck to observe the beauty.  It’s known as the Lookout Point – The Flag (La Bandera). You definitely have to park as soon as you see this and take in the views (because if you’re driving the parking comes up on you pretty quickly since it’s an expressway so go slowly so you don’t miss it!)

There are food kiosks and picnic tables here as well and from this point you can view the waves crashing on the shoreline in stunning fashion, the Guajataca River below you, as well as the historical Guajataca Tunnel off in the distance. Locally, it’s also known as the Merendero De Guajataca.

Without a doubt, wherever you’re headed on the west shore of Puerto Rico make sure you stop here for at least 15 minutes to have some tremendous photo opportunities and great views. 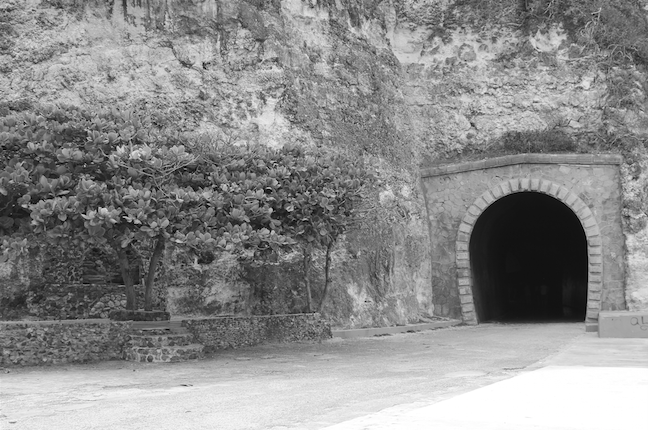 Thousands of people drive by places that are literally right under their noses and they just keep going and going on towards their specific destinations. Sometimes, going off the path no matter if you’re late or not is just the right thing. One of those places is the Guajataca Tunnel between the towns of Quebradillas and Isabela.

The road that connects the east shore to the west shore runs through a busy highway (PR-2) & not along the shoreline till you get to the west coast in Rincon, etc.  Thousands drive by the Guajataca Tunnel, and very few appreciate it (or even know its there!)

Today, it’s a picturesque tunnel opening on the side of the mountain near the ocean, and you can walk through and take pretty fantastic and rustic pictures! The tunnel also leads to the doorstep of Guajataca Beach so it makes for a pretty unique hike if you’ve got the time and inclination. Don’t mind the local grafitti. Some is good art. Some is not. See and explore for yourself. Don’t take my word for it!  There’s also some nice hikes once past the tunnel that offer even better views!  Give yourselves a good hour for this mini excursion along the way. 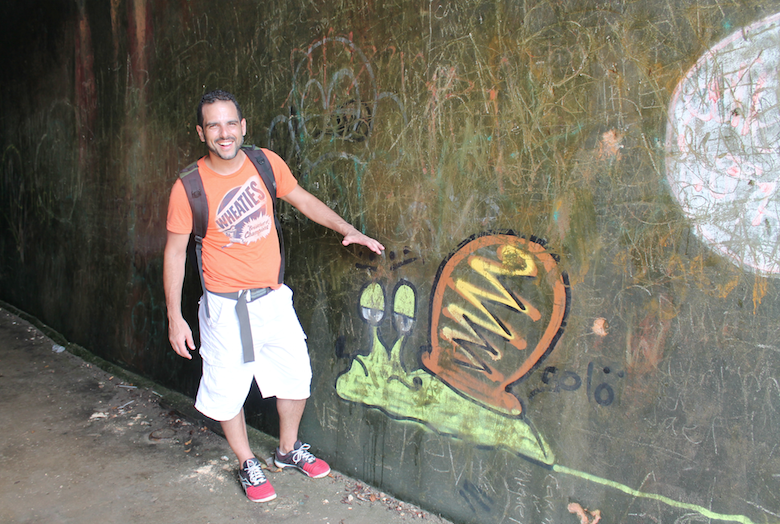 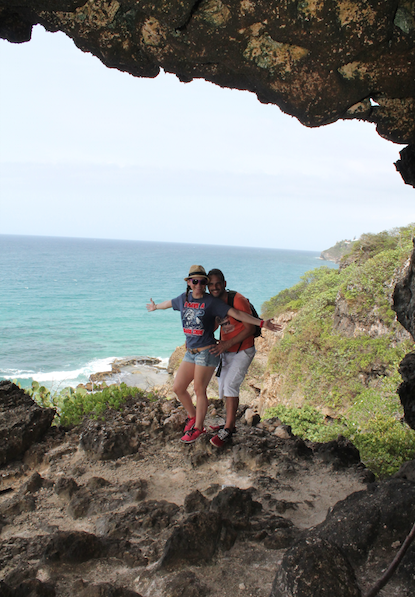 “There is a light at the end of every tunnel.  Just make sure it’s not a train.  Either way it’s a light nonetheless.”