Santurce, Puerto Rico Is The Artistic Heartbeat Of Island

One of the most overlooked areas by tourists visiting Puerto Rico is the area known as Santurce.   Santurce Puerto Rico is one of the most densely populated places on the island, and while it is not considered one of the “nicest” neighborhoods, it is today blossoming as the artistic and cultural hub in the San Juan / Metropolitan area. 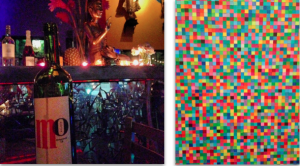 Santurce is located just south of Condado “after the bridge/expressway” and runs east to west all the way towards Miramar.  It is known today as a local hangout for many artists – as evidenced by new galleries springing up and the artistic graffiti that adorns the buildings pretty much everywhere you look.  Santurce is also home to a place called “La Respuesta” or “The Answer” which is a pretty distinct bar and live music venue where the most talented local musicians come to play in all diverse forms to all types of crowds.

The history of Santurce is important to Puerto Ricans as this was originally settled by Taino Indians, and later African slaves after the Spanish took over in the 1500’s.  Naturally, Santurce grew into a diverse population years afterwards as it lies just outside Old San Juan and Condado.  Unfortunately, Santurce has had an up and down history of rising to economic vibrancy on the island only to watch it collapse and fall during the 1970’s and 80’s.

Today, however, Santurce is enjoying a renaissance of sorts as many new businesses and restaurants/shops are opening along with new residential developments.  It is becoming obvious to the locals that Santurce is now the place for Arts and Culture as you can see top theater productions in the area, as well as two of Puerto Rico’s best museums showcasing amazing artwork.  Please see article about the yearly Santurce Es Ley Art/Music/Culture Festival for more detailed information about Santurce Metro Area. 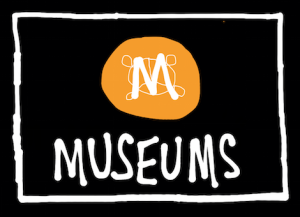 Museums and Art in Santurce

It is a local neighborhood that has its attractions and destinations sort of scattered – so it’s hard to just park and walk, but it can be done.  The “Avenue of the Arts” of Santurce has some highlights including the Museum of Art of Puerto Rico and the Puerto Rico Museum of Contemporary Art.  Centro de Bellas Artes / Luis A. Ferre Performing Arts Center is the place to go for plays, concerts, or theater.  Teatro Francisco Arirvi also offers an excellent venue to catch local artists and plays.

The “Avenue of the Arts” is along Avenue Ponce De Leon and as mentioned earlier is scattered with good restaurants to check out.  Head towards the intersection of Ponce De Leon and Avenue De Diego for your best options within walking distance.

By far the best restaurant in this region is Mumbai Indian Restaurant.  If you’re looking for a perfect spot to take your significant other look no further.  Along the same road is Bistro de Paris that has a touch of being in France. Check out Gia’s Pizza if you’re in the mood for a nice pizza parlor as well.

Along the road and further east on Ponce De Leon mark two restaurants worth mentioning:  Libros/AC (a bookstore and restaurant in one with excellent food), and Abracadabra (live theater plus amazing and magical ambiance inside).  Abracadabra is best known for its brunches on the weekend after 10:00AM.  Libros/AC is one of the few bookstores in the San Juan area where you can grab an actual physical book.

For your nightlife options, there are mostly bars here and there but your best bet is to check out La Respuesta and see their calendar of events to catch some of the best bands and local music of Puerto Rico.

An odd fact about Santurce is that due to an abundance of crabs in the area, the district is also known locally as Cangrejos.  In fact, their local semiprofessional basketball team is called Los Cangrejeros de Santurce (Santurce Crabs). 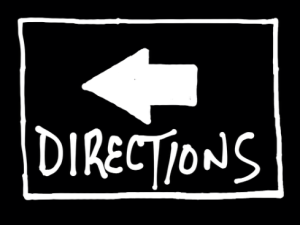 DIRECTIONS:  Getting to Santurce